Hello my friends! Today on the blog I want to touch a very interesting topic, which is not really related to style or fashion, but does relate a lot with my life. As you guys know, I’ve been involved with a lot of recruiting activities lately, being the last one my trip to LA which you already saw featured here in the blog. Due to these posts, a lot of people have asked me for recruiting and career advice over these past few weeks. It’s very cool to see such an increased interest for the careers in tech nowadays, because let’s face it, not any job would give me the opportunity to be a fashion blogger AND an engineer and still have time to hang out with my friends and go on trips every now and then. It is the flexibility of the tech industry and it’s deep involvement with basically everything we do today that allows me to live that lifestyle. And that’s why today I’m going to share with you my 5 tips for nailing your technical interview, whether you studied computer science or not, which I hope will really help those that are preparing for one in the near future.

1. Understand that a technical interview is indeed, technical

My first advice to anyone looking to apply for a job in tech is to be aware that unlike other interviews you may have experienced, a technical interview involves you having knowledge in a very specific subject. That means that besides having to talk about your past work experience, the personal projects that you’re most proud of, or the extracurricular activities you did while in school, in a technical interview you’re going to have to show your skills in real-time, by solving a problem specific to your area during the course of an hour or so. For this you really need to study and prepare for that particular type of problem. For instance, in computer science it would be a programming question. Make sure you practice programming live because it’s a very different experience from programming in the computer. You need to be more thoughtful on your process, and careful with your solution and really know the basics to be able to fix the larger problem. Usually these problems are very similar, I would recommend doing mock interviews with a friend to become familiar with the pressure of writing code in real-time. 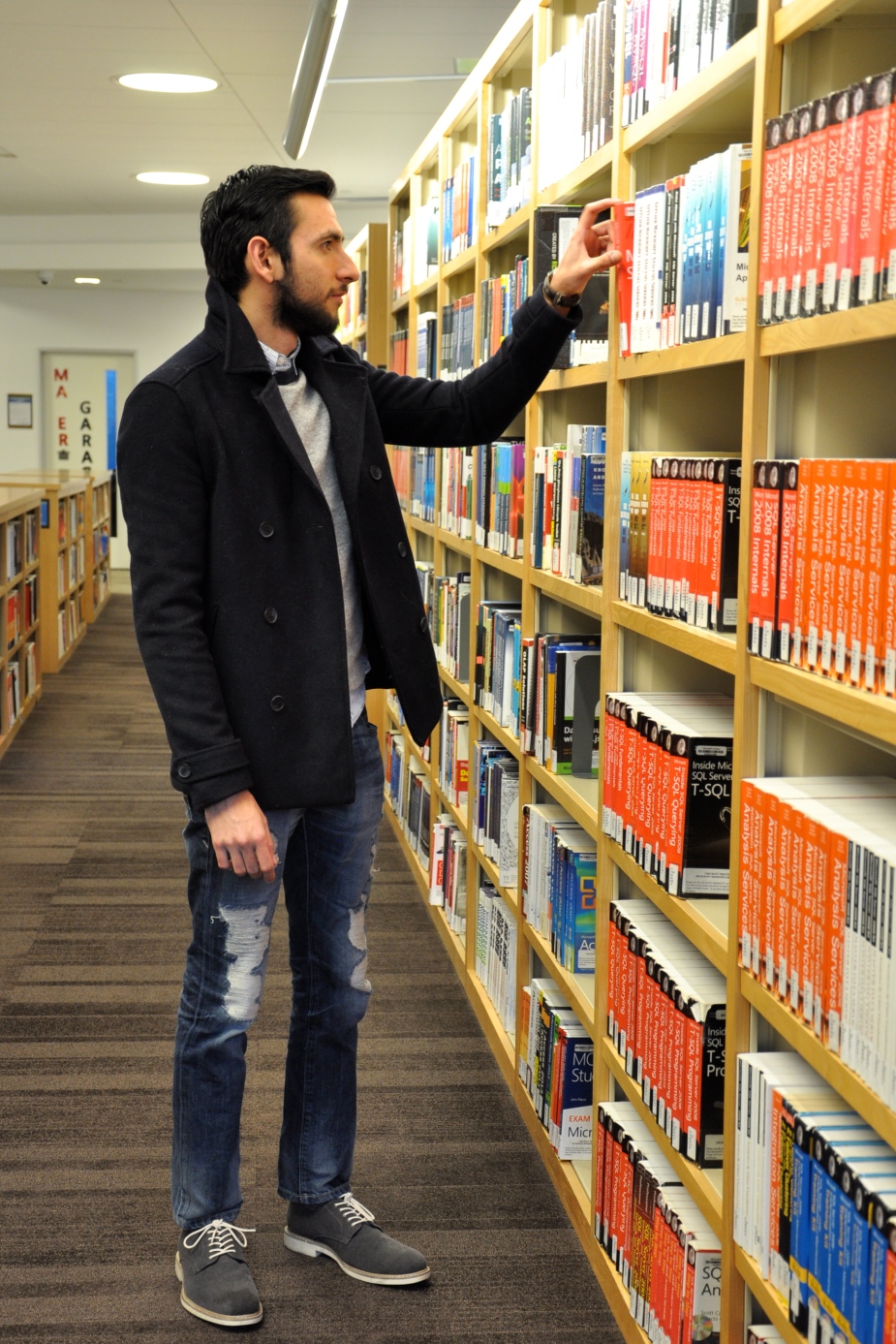 One very common mistake I see is that a lot of people when they are confronted with a problem or situation immediately start thinking of the solution. One of the worst things you can do in a technical interview is make any assumption and then build your solution based on that assumption to in the end know that you misunderstood the question, or didn’t delimit the problem. A lot of these problems are made really vague and ambiguous on purpose because the interviewer expects you to think thoroughly in what you are trying to solve before you go a wrong path. Imagine this situation in the workspace, where you’re given a task or problem and you go ahead and build a solution just to know what was required was actually another thing. To go back and fix that issue would definitely cost a lot of money, and you already lost a lot of time in something that was not what was required from you. All this would have been saved if you had asked beforehand what is it that is expected from you, and what is the scope of what you should do.

Another very common mistake I see in interviews is that after asking all the questions and delimiting your problem, a lot of people jump right ahead to building the solution, but they do this on their own. Some people are really smart and will get it right at the first try. However, many times these problems are really tricky, and once you try out some test cases, you find out that the proposed solution is either incorrect or incomplete. One thing people don’t know widely is that one of the most important things about a candidate during an interview is their thought process. Sometimes this is even more important than the solution to the problem itself, because it shows you how the person tackles difficult situations, how do they break up a big problem into more solvable, simpler tasks, and it allows for the interviewer to know if the solution is going in the wrong direction way early in the coding process. Again, picture this in a work environment, it is more cost efficient and also it is easier to work with someone who can actually explain what they are doing or thinking. 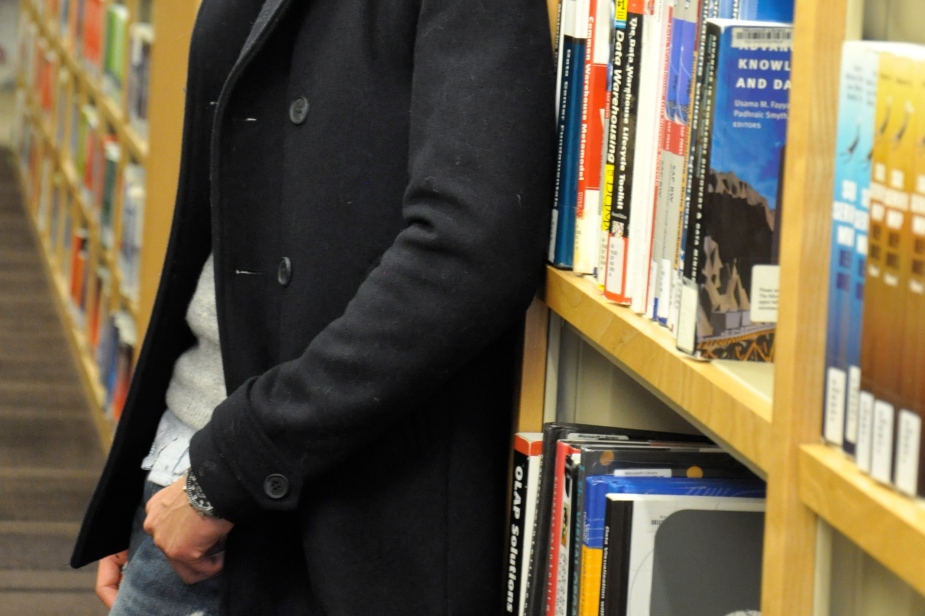 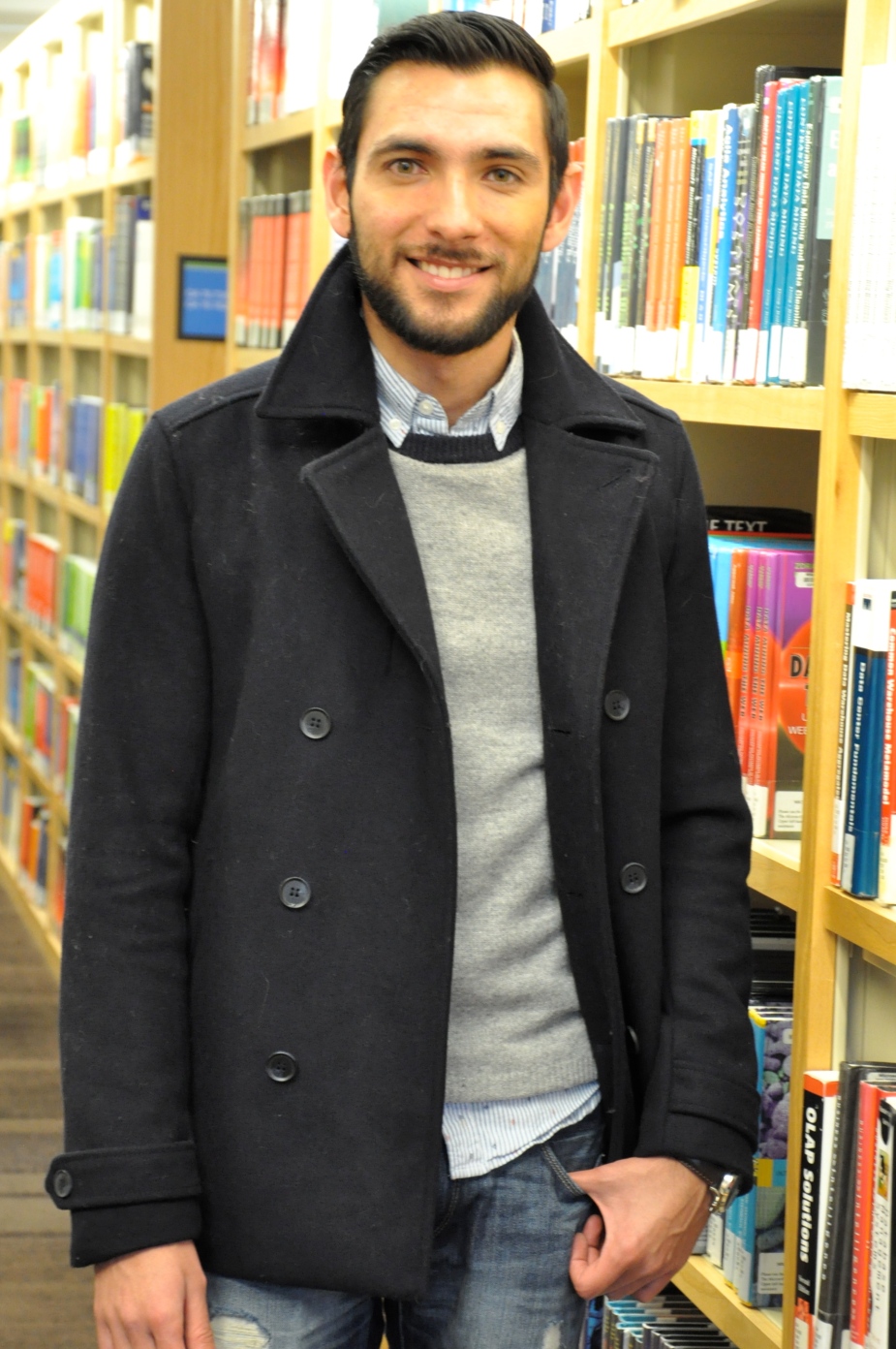 4. Let your interviewer know when you don’t know something
Some people are too afraid to say in an interview that they don’t know something, because they believe this could make them look bad or seem like if they are not smart. However, in the workplace, one of the most valuable characteristics a person can have it’s honesty, and people understand that we are humans and that our knowledge is limited. It is almost as important to affirm something with confidence when we know it as to say when we don’t, especially because fake knowledge is sometimes not that easy to identify and it can lead to larger issues. Tell your interviewer when you don’t know a concept or something he or she is talking about, they might even give you hints or tell you the right answer so you can move on with the rest of the interview. Don’t try to fool them because you will most likely just reveal that you don’t know anyways, however, I’m sure they’ll appreciate your honesty if you just say it.

The last tip I have for you guys is one very obvious and easy to say, but not as easy to execute. We all know that if there’s something that makes us perform badly when we need to be focused (a test, presenting to a large crowd, etc.) it’s getting nervous. Being nervous is almost inevitable, we are all humans and we are afraid to fail in these types of situations. The best way to not show that you’re nervous is by practicing your oral skills and by keeping an open, relaxed conversation. Try talking to yourself in the mirror and seeing when you’re looking at other things besides the person you’re talking to. Make yourself comfortable with having someone staring at you while you’re talking or writing. Finally, ask one of your friends to stand in front of you while you’re speaking so they can give you feedback. Practice with them and you’ll feel the same familiarity when you meet your interviewer. In the end, it’s in the best interest for the interviewer for you to demonstrate that you’re the best fit for the company, so have in mind you both have the same goal in the end.

That’s it! Hope these tips really help any of you that might be presented with a technical interview situation in the near time future, and remember, practice makes perfect. The best way to become good at this (because some people are really smart but they just don’t know how to show it in a 1-hour interview) is to practice and feel comfortable in these situations. This is almost as important as to building a good resume, because if you look at it, a technical interview is very similar to a work situation in many ways, and interviewers are looking for people they would like to work with in the future. One last advice I have is to not get discouraged if you don’t get hired in your first try. Many times the problem is not that you’re not smart or good enough, it’s just that you need to be able to show this in a very short period of time to a person you don’t know. Take this from someone who’s been on both sides of the situation already, the end goal is the same for both the interviewer and the interviewee. You just need them to see what you already know: that you’re the right person they are looking for. 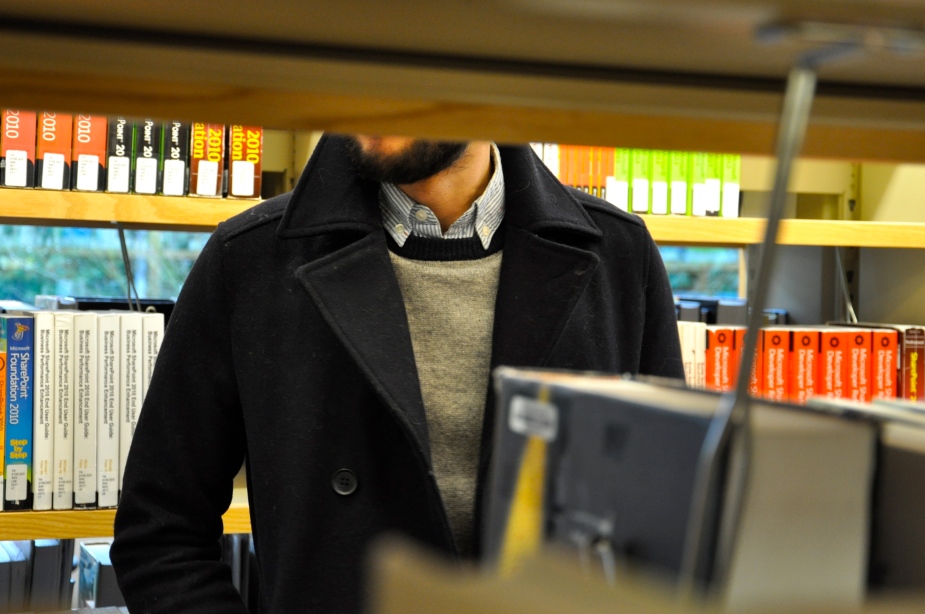 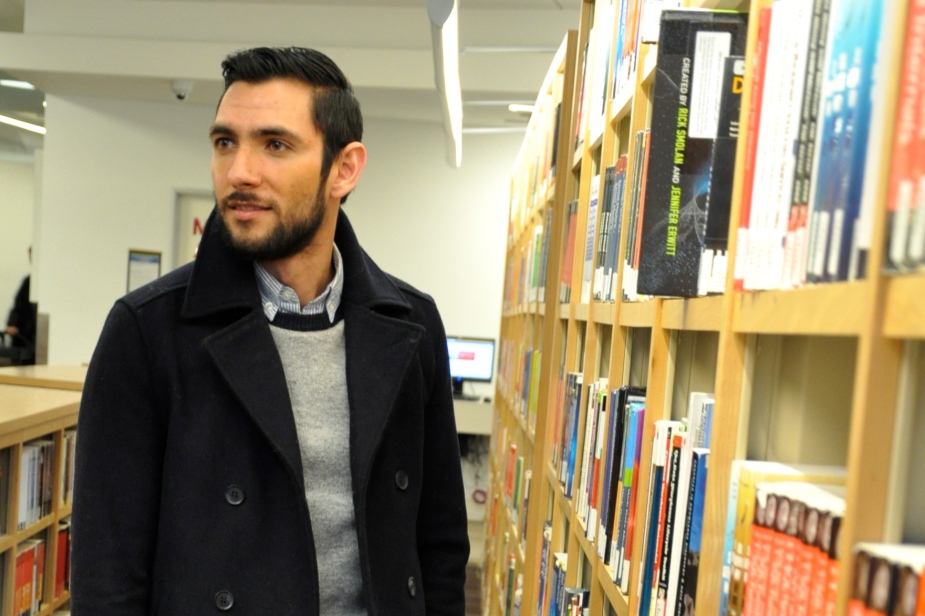 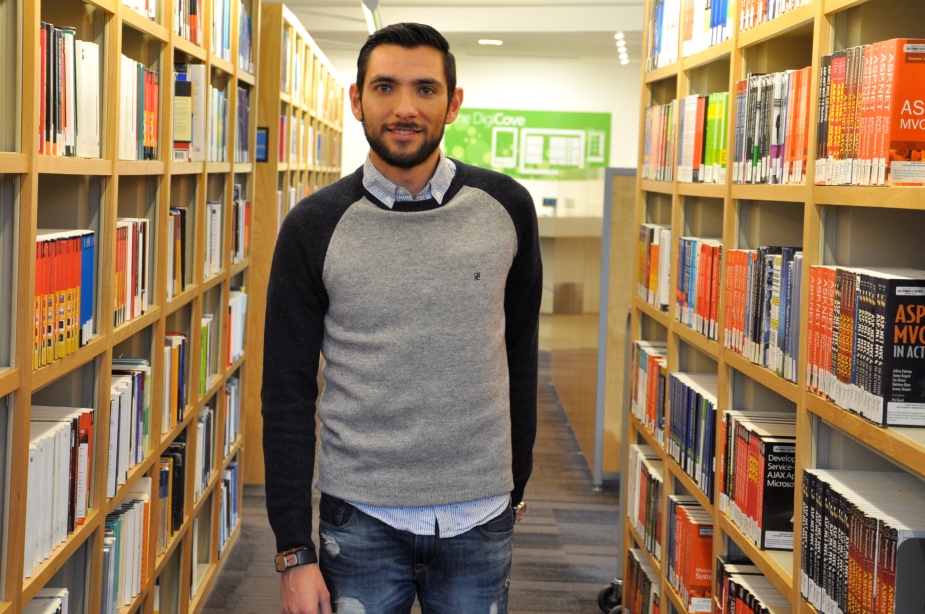 Welcome to the family, Princess Leia 👑😻 #kitten #princess #leia #starwars #earlybirthday #catsofinstagram
"Little details that tell the world we are not invisible"
The one when... I BOUGHT A HOUSE!!!! I'm so excited about this new chapter in my life and I can't wait to start filling it up with memories 🏡🐈
It's the day before the Oscars winners are announced and I wanted to share with you my favorite movies from the 2020/2021 award season. Let's see who wins tomorrow!
'Tis the damn season. Merry Xmas y'all!!! 🎄🧑‍🎄
I have climbed the highest mountains, I have run through the fields, only to be with you 🌄